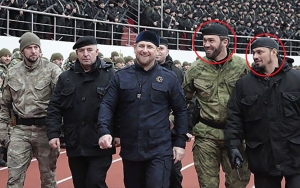 Human rights activists are outraged that Abuzaid Vismuradov and Magomed Daudov, who have participated in the torture of Ruslan Kutaev, the Askahbov family and are involved in Case 27, travel freely around Europe.

Commanders who belong to the closest circle around Kadyrov have repeatedly been able to visit Germany. Although they are involved in crimes in Chechnya, German NGOs are silent about these trips. Young Chechens in Europe, however, closely follow the events in their homeland. Through YouTube and social networks like Instagram, they learn how Kadyrov in his republic suppresses any criticism and feel their own powerlessness. The rejection of Kadyrov creates an immense radicalization potential that could be avoided by honest reporting.

Already in 2012, Head of bodyguard, a close friend of Kadyrov, and Commander of the Chechen SOBR special forces unit – Terek –  Abuzaid Vismuradov was able to undergo an operation in Germany after a car crash in a hospital near Hamburg. Afterwards he visited U-995 at the Laboe Naval Memorial and a boxing match accompanied by Timur Dugazaev, Adam Tahaev, Shamil Dadagov and Magomed Ibragimov. 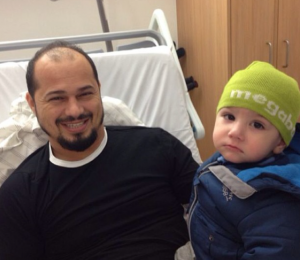 In 2014 Abduzaid Vismuradov came with Magomed Daudov to the fight of the Bosnian boxer Marco Huck. The fight on August 30, in the Gerry Weber Stadium in Halle (Westf.) against the Italian Mirko Larghetti was a nice pastime for the commanders of Kadyrov in comparison to their bloody work in the homeland. After all, this was the same year Magomed Daudov had tortured Ruslan Kutaev because he organized a conference in the memory of Aardakh (Deportation of Chechen/Ingush in 1944 by Stalin) Because both of these visits, similar to the tournament in 2014, were used to speak out threats against martial artists who disagree with the current government in Chechnya under Ramzan Kadyrov, these trips have been reported to German authorities. Although the NGO Memorial was contacted, there was no response to the trip to Gamburg and Schleswig-Holstein or threats by Abuzaid Vismuradov, only the State Criminal Police Office got active.

After that, there was officially only one more trip from Abuzaid Vismuradov to the UFC Fight Night 115 on 2 September 2017 in Rotterdam. This time, the entry was not as usual via the airport Hamburg but Berlin. As with the previous visits, Abuzaid Vismuradov was accompanied by Timur Dugazaev, Shamil Dadagov, Adam Tahaev and Magomed Ibragimov. Criminal cases in which Abuzaid Vismuradov and Magomed Daudov are involved

According to an article published on 9 July on the website of Novaya Gazeta, on the night of 25–26 January, Chechen security forces secretly shot to death 27 young people detained in mid-January. All the detainees were being held in the headquarters of the Chechen Patrol Police in Grozny. According to the article’s author, Yelena Milashina, the detentions were connected with the killing of a Chechen police officer by a group of young men on 17 December 2016.

‘Following 17 December 2016, mass arrests began in Chechnya. In early January, special operations were carried out in Grozny and the Kurchaloy and Shali districts of Chechnya, during which mass arrests took place. The detainees, however, were not registered in any way, they were not charged, but instead were placed in the cellars and ancillary premises of police departments. The detentions lasted until the end of January. According to [our] newspaper’s information, about 200 people were detained’, Novaya Gazeta wrote.

According to the newspaper, on the night of the killing, influential Chechen security officials and chiefs of police departments from regions where the detainees lived were present at the Patrol Police headquarters in Grozny.

The men were detained illegally: they weren’t officially registered or charged, but instead placed in the cellars and ancillary premises of Chechen police stations. Their bodies were hurriedly buried in local Christian and Muslim cemeteries. The newspaper published a list of names and personal details of the victims to substantiate its claims.

Several western media outlets misreported that the killings were a part of the anti-queer campaign, despite the Russian LGBT Network refuting these claims.

In February 2014, Ruslan Kutaev, an active human rights defender, was thrown in jail for alleged drug possession. This happened after he organized a conference on the seventieth anniversary of Stalin’s deportation of the Caucasian peoples. Ramzan Kadyrov did not approve of the event taking place. After the conference, Magomed Daudov, the chief of Kadyrov’s presidential office better known as “Lord”, invited all of the organizers to a meeting with the president. Ruslan challenged the request from Daudov. He was arrested the following day, on February 20, 2014. According to the official version, security forces randomly stopped him in the village of Gekhi. During a body search, they found that Kutayev, who is a teetotaler and non-smoker, was carrying three grams of heroin in his back pocket. During his detention he was tortured and forced to confess. On February 19, Ruslan Kutayev received a call from Magomed Daudov, the head of the presidential office, an influential Chechen politician, and member of  Ramzan Kadyrov’s inner circle. Kutaev refused to meet with the president. In the morning of February 20, Ruslan phoned everyone he was close to. His wife told him over the phone that their house, where he had left from, was under constant surveillance by the police. Kutaev was staying with distant relatives in the village of Gekhi. Because he anticipated that his phone was bugged, he made a point of repeating during his telephone conversations that he was in Pyatigorsk outside of Chechnya’s borders. However, around two in the afternoon he was arrested in the village of Gekhi. According to Kutaev’s testimony, the Deputy Minister of Interior of Chechnya, Apti Alaudinov, and the Head of the Presidential Office Magomed Daudov, also known as Lord, played an active role in his torture. They kept Kutaev naked in a cellar, placed an axe on his neck while shocking him with an electric current. He was also tortured with an electric baton. He lost consciousness several times during the torture. He suffered a concussion and extensive bruising, along with injuries to his ribs and jaw. They showed him photographs of his nephews. From the up-to-date nature of the pictures, he was supposed to understand that his family was being constantly monitored. The physical pain has subsided and my wounds are healing, but knowing that the government uses the state security forces for such things, to fight with politicians, civil society activists and human rights defenders, fills me with horror that they will face similar processes. I want to remind everyone that no matter how long the night lasts, it cannot last forever and dawn will break one day,” said Kutaev during his closing arguments before the court on May 7, 2014.

In 2009, the Askhabov family lost their son Abdul-Yezit, he disappeared without a trace. The Askhabovs probably found themselves in the sights of the Chechen security forces because of the wartime past of their other son, Yusup, who fought against federal troops during the Second Chechen War (1999-2000). After the war he did not report to the armed groups, but he also didn’t live with his family at their permanent address. On May 28, 2009, Yusup was killed during a special operation in the center of the Chechen town of Shali. His father had to come there to identify the body. According to his testimony, masked men beat him up over the corpse of his son, the first blow was from the then chief of the local police in Shali Magomed Daudov, who also went by the nickname ‘Lord’.Later that summer, on August 5, masked men arrived at the Askhabov home at 3 o’clock in the morning. They introduced themselves as being from the Federal Security Service and took Abdul-Yezit away to an unknown location. Later, the family learned that Abdul-Yezit was most likely being held at the police station in Shali. When I saw my slain son, I said to myself in Chechen: how will Allah receive him. When ‘Lord’ heard these words, he came to me and struck me in the face. At the same time, other men threw me down and started kicking me and beating me with their rifle butts. They beat me terribly, almost to death. I lost consciousness almost immediately, I do not remember anything. I was allegedly grabbed from the site by unknown people and taken to the hospital. I had suffered two heart attacks,” said the father of the Aschabov family about what happened that day. “On the very day that Yusup’s corpse was brought to us, they dragged it around the yard and mocked it. They beat my two daughters, Ayshat and Nurzat with the butts of their rifles. I attempted to get out of the house, but they hit me again with the butt of a rifle. Afterward they loaded Yusup’s body and drove off without giving it to us so that we couldn’t bury him. I still don’t know what they did with him,” the father of the Askhabov family told human rights defenders about the behavior of the police.

On the night of August 5, 2009, Abdul-Yezit was taken away from him home in a car without license plates. The family immediately reported the abduction of their son to the relevant authorities. In late September, the Askhabovs approached human rights defenders from the Russian organization Memorial. According to his mother Tamara, Abdul-Yezit had never held a gun in his hands. Since childhood he was visually impaired and had a second-degree disability. On August 7, 2009, Tamara set off with relatives to the Grozny office of the ombudsman. A staffer received them and immediately called the police in Shali. They heard him speak to someone and he insisted that Abdul-Yezit be released from detention. He then went on to say: “Even if he was the brother of an insurgent leader, you have no right to detain him beyond the period specified under the law.” From this encounter, Tamara Askhabova understood that Abdul-Yezit was in Shali.

Abdul-Yezit is missing to this day. The investigation into his disappearance has been stopped, “because it was not possible to determine the culprits”. The former police chief from Shali has since then become the Chief of the Administration of the Chechen president Ramzan Kadyrov. Legal action on behalf of the Askhobovs is awaiting assessment at the European Court of Human Rights.