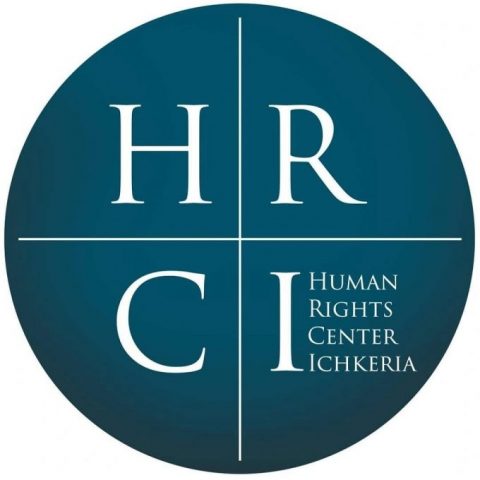 At 10 am on 31st October a conference organized by the Human Rights Center Ichkeria will take place in Hamburg. The organization is an epicenter of unification of forces in efforts to defend and protect human rights and marginalize extremist influence. We invite you to partake in discussions that need not be addressed only by the expat community of Chechens, but by the European citizens as well. It is becoming increasingly dangerous not to notice the active processes driven by the Kremlin, such as radicalization, terrorism, assassinations of Putin’s oppositionist forces in European countries, the influence of propaganda and the bribing of the politicians. All these factors contribute to a dismantling of democratic values and pose a threat to our children. The war that claimed the lives of 300 thousand citizens of the Chechen Republic of Ichkeria, including 42 thousand children, as well as 26 thousand Chechens illegally convicted on trumped-up charges. This topic remains a taboo especially in the liberal society on the post-soviet space. This war is the most violent one in Europe since the end of World War II. Despite the terrible crimes and mass destruction, history rarely has witnessed this level of violations of human rights, war crimes and genocide; and that in all legal definitions is the Chechen tragedy. The world leaders are talking about the crimes committed by the contemporary Russia and yet it seems they have conspired not to allude to the bloodiest of crimes of the “democratic” Russia. Hence the form Russian politics has taken – a warped and depraved one. Chechnya has been engulfed by the matrix where all rules of law have no bearing or meaning, including those enforced by Russia, where Chechens are stripped of their national identification and where the entire nation has been labeled terrorists. Russia has always had a clear-cut plan regarding the so-called national questions and has been, quite successfully and throughout many regimes, leading the politics of erosion of the nations and depriving them of their identity. In forming their national elite, Russia dismantles the foundations of the people under their control, thereby depriving the nation of its future. The most distorted and appalling programme carried out in terms of Russian national politics is taking place in Chechnya. Its main target is the youth of the country. And these top 3 issues that need to be addressed are as follows: the russification of the Chechen people though the means of eradicating our traditions, Arabization founded on pseudo-religious dogmas and the aggressive stance propaganda takes in wiping the historical memory in order to build up the ‘new history’, which has always been in-character for Russia. For many years daily releases, mass produced by the Russian television in the temporarily occupied Chechen Republic of Ichkeria, have been pursuing an anti-Chechen policy. The colossal loss of human lives and the instilled fear have led to the disorientation of a part of the Chechen population. Historically, the traditions of our society have been a bright example of a democratic conformation of the Chechen people, and, without a doubt, it is the sole form of existence for our people, be it in the past or in the future. What can be done to oppose the barbaric political dealings of Kremlin? Considering the tragic events and circumstances over the past decades, the post-genocidal Chechen society has been fragmented and divided, deprived of the right and possibility to remain in their motherland and, without a doubt, in dire need of support of international institutions. Based on all of the above, we consider it a necessity not only to appeal to international institutions, but also to actively participate in the process of preserving and reviving our identity. It is crucial to create and form cultural, human rights, journalistic centers, the purpose of which would be aimed at monitoring human rights in Ichkeria. It is of utmost importance to take into account the fact that some of the accomplices of terrible crimes against the Chechen people, removed from power, now mimic and act as opponents to the puppet regime, while continuing to remain under the Russia’s control. The youth need various kinds of programs and initiatives that would allow them to socially adapt in their countries of residence, to get an education, get acquainted with the local culture and traditions and increase legal literacy. All this would aid them with affirming their standing in a society, which, in turn, would contribute to the marginalization of extremist elements that are attempting to erode our society from within. Furthermore, we are in need of centers, where Chechen youth would have the opportunity to study the customs, morals, language, traditions and history of their people. We are appealing to all people, who are not indifferent to the fate of the Chechen people, to partake in the work of our center. We welcome all kind of aid and assistance; information support and supply, organizing of various events and initiatives aimed at dissemination of the ideas of our movement, as well as volunteering and other assistance.
Aaslan Artsuew.