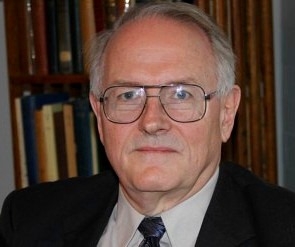 Staunton, July 31 – In September 2018, Tatarstan President Rustam Minnikhanov directed the World Congress of Tatars to develop a strategy for the development of the Tatar people. A special commission was established and a 60-page document was prepared. But it was too radical for both Kazan and Moscow and circulated only as samizdat the last three years.

Kazan’s Business-Gazeta portal has now published both the document itself (business-gazeta.ru/article/558849) and the checkered history of what it describes as “the Protocols of the Tatar Elders” in advance of this year’s meeting of the World Congress of Tatars. The paper suggests many of its ideas remain relevant (business-gazeta.ru/article/558862).

The seven-part document, which was written by a team of experts and senior officials, lays out an ambitious plan for the unification of all Tatars, the promotion of Tatar language and culture, and the creation of a new Tatar elite capable of leading the republic and the nation throughout the 21st century and beyond.

Obviously far too radical for Moscow and for a Tatarstan leadership that hoped to survive in the current political environment, it is important for at least three reasons. First, it calls attention to the fact that the radicalism of Tatar nationalism in the 1990s did not so much disappear as become submerged.

Second, it shows one of the ways in which a republic leadership can make use of a diaspora organization to float ideas that the leadership itself does not dare sign its name to at least in public. And third, and now that it is being published for a wider audience, the document provides a model of the development not only of Tatars but of other non-Russians in the future.

There are undoubtedly other examples of such semi-official post-Soviet samizdat out there. But this is perhaps the most important, not only because of the size and importance of the Tatars within the current borders of Russia and beyond; and whatever happens in the future, it will be a milepost in the history of the Tatar nation and the Tatar republic.