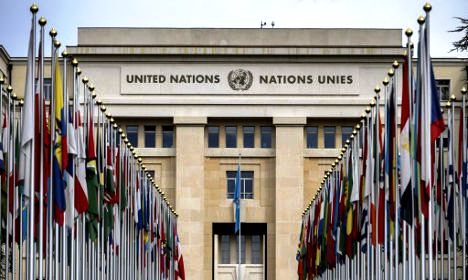 On the issue of political military crimes of Russia against the Chechen people.

The democratization processes which began in the late 1980s in the former USSR gave hope for a better future to the Chechen people. It was during this period that a rapid process of spiritual growth of the Chechens began, that a sense of national identity grew, and that the first concepts of the further political development of the Chechen-Ingush Republic along the path of independence appeared.

In April 1990, the Supreme Soviet of the USSR, which was the supreme authority in the country, adopted two laws which were fateful for the peoples of the USSR: on 10 April, the “Law on the Basis of Economic Relations of the USSR, the Union and Autonomous Republics”; and on 26 April, the “Law on Delimitation of Powers Between the USSR and Subjects of the Federation”. Beside the general provisions in these laws, there were two articles which radically changed the status of autonomous republics. Their rights were raised to equivalence with those of the Union republics. The law of 26 April, Article 1 states that Autonomous republics, like the Union republics, are subjects of the federation. On 27 November 1990, the Supreme Soviet of the Chechen-Ingush Republic, at the request of the Supreme Soviet of the USSR, adopted a Declaration of State Sovereignty, which signified the republic’s withdrawal from the structure of the RSFSR. Before the August putsch of 1991 in Moscow, the Chechen-Ingush Republic had existed for approximately one year as a Union republic, recognized by the laws of the USSR and Russia as an equal subject of the USSR, which allowed it to become an independent state after the collapse of the USSR, as was the case with the fifteen Union Republics of the USSR.

Thus, the declaration of the sovereignty of the Chechen Republic was in accordance with the stipulations and legally grounded in the adoption of a number of new laws by the USSR in April 1990 and was absolutely legitimate in terms of the then Soviet and Russian legislation, as well as in international law.

On 27 October 1991, presidential and parliamentary elections were held in the Chechen Republic. In these elections, Dzhokhar Dudaev won a decisive victory and, by his first presidential Decree, confirmed the previous resolutions of the Supreme Council of the Chechen-Ingush Republic on state sovereignty. All these events occurred before the dissolution of the USSR.

From this it follows that, on 1 November 1991, the Chechen people and the freely elected leadership of Chechnya legally formalized the creation of an independent state – the Chechen Republic.

As we see, the founding of the sovereign Chechen state followed the path of legality, observing the requirements of both Soviet and Russian laws, and of international law. Russia initially agreed with the independence of the Chechen Republic, but the existence in Russia of an imperial syndrome, of great-power chauvinism and totalitarianism led, first, to a policy of attempting to asphyxiate Chechnya through political, economic and financial isolation and blockade and, when that did not succeed, in December 1994 Russia launched a full-scale war against the Chechen Republic. This lasted almost twenty years and claimed the lives of 300,000 civilians of the Chechen Republic, including more than 40,000 children. Against Chechnya, a country small in terms of territory and population, Russia used weapons of every kind, including weapons prohibited by international conventions, as well as some300,000 of its troops, from strategic aviation to marines. Cities and villages were reduced to ruins, the ecological balance was disrupted, and hundreds of thousands of people, deprived of their homes and normal living conditions, became refugees.

Below are the statistics behind the facts, events and realities which have arisen in the Chechen Republic as a result of the two Russian wars, begun in 1994 and 1999:

In the spirit of the times of the Bolshevik-Communist regime, the Russian special services staged numerous provocations against the Chechen people and the leadership of the Chechen Republic of Ichkeria. Without any reason, these authorities blamed the Chechen leadership and the entire Chechen people for aggression and international terrorism.

Despite the fact that on 12 May 1997 the Chechen Republic of Ichkeria and the Russian Federation signed a peace treaty at presidential level, under which both parties undertook to end their 400-year confrontation and to found their future relations on the principles of international law, the Russian leadership, the Russian special services and false propaganda machine were intensively preparing the ground for a new war against Chechnya, which began in September 1999.

Russia and the USSR, and the punitive bodies they established, have committed the following grave crimes against the Chechen people:

In this way the regimes in Russia, Tsarist, Communist, and the current pseudo-democratic regime, set themselves the goal of physically and morally destroying the Chechen people. Chechnya without Chechens –such is Russia’s aim.

The policy of the Russian state towards the Chechen people is proof of the longevity of the perfidious, misanthropic, chauvinistic, imperial ideology which is so deeply rooted in Russia. Its ideology, professing military aggression, violence, nationalism, racism and chauvinism, can once again plunge the world into the chaos of war. All of the above is irrefutable testimony to the commission by Russia of the gravest crimes against the very existence of the Chechen people, an ancient, indigenous people of the Caucasus with its own territory, millennial history, spiritual and material culture.

The humanitarian catastrophe in Chechnya caused by Russia’s great-power ambitions has demonstrated the absence of moral principles in the way the world’s powers apply the human rights norms of international law. The international community, and primarily the United Nations, has not shown due resolve in the matter of defending Chechnya against Russian aggression, describing full-scale wars and wholesale crimes against humanity as an “internal affair of Russia”. The Russian authorities remain unpunished for the crimes they have committed against the Chechen people, and they continue to commit new crimes, now in Ukraine, Georgia and against other countries of the world. They pose a major threat to the global community.

With the aim of obtaining a just examination of the crimes Russia has committed in Chechnya and of averting a new escalation of the war, we, representatives of public organizations of the countries of the European Union, appeal to you to lay the foundations for a hearing in the International Criminal Court to consider war crimes committed by Russia’s political and military forces against the Chechen people and Chechnya. We are convinced that the goodwill of the international community is an essential tool not only for defending peace, the rule of law, and protecting human rights and freedoms, but that it can also prove a decisive factor in restoring justice to the Chechen people.

In this connection, we urge you to place this issue on the agenda of the UN Security Council, and to create a commission to conduct an independent inquiry into Russian war crimes committed on the territory of the Chechen Republic between 1994 and 2019, and to establish an International Tribunal with the aim of bringing to justice Russia’s military-political criminals.

The establishment of an international commission to investigate war crimes in the Chechen Republic will be an important step aimed at averting possible subsequent aggressive actions by Russia against sovereign states.